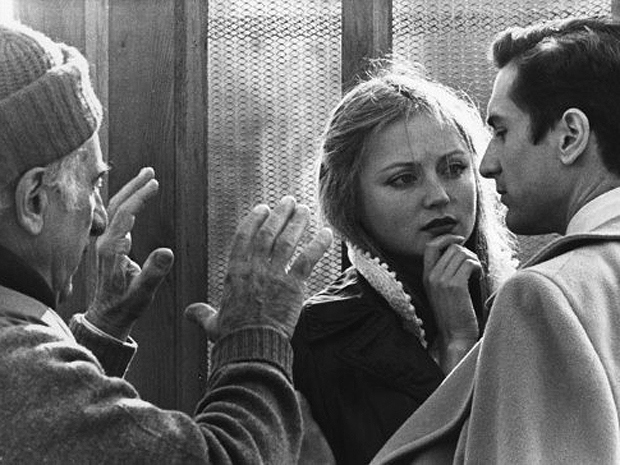 The jet ski has now pulled away from the 2018 Academy Awards ceremony, including the historic race for the Best Director Oscar. And whether you were pulling for Peele or gambling on Guillermo (congrats, señor del Toro) the world of film directing holds some surprising lessons about leadership of all kinds.

When everything is working right for a scene, the director shouldn’t have to ask for more – more intensity, more focus, more energy, more honesty; it’s there already. Not because it’s ‘just there’, but because the actor has prepared and is ready. So instead of asking for more, the director can focus on collaborating with the actor to dial in exactly what’s needed for the scene. The intensity, focus, energy, honesty, etc., all of it put together, may even need to be scaled back. The point is, everything the actor is responsible for doesn’t have to be summoned or hunted down; she has already brought it to the table where it must simply be directed, pointed toward the right spot. Is it a messy and sometimes inexact process? Based on my own 20+ years of directing, I would say ‘yes.’ But having to cajole an actor to engage, to bring out everything they have, unnecessarily compounds the inherent creative challenges.

It’s like that leading any type of team, isn’t it? Every person brings different talents, different sets of strengths and weaknesses. And while you don’t expect everyone to be an all-star in every facet of their discipline, you do expect everyone to give themselves fully to their role. The difference is pointing a streaming water hose here or there versus endlessly pumping the handle of a pump, desperately hoping it will eventually pour forth.

So how do you create an environment where your ‘cast’ is motivated to be both prepared and actively engaged?

Before a director sets the tone in front of the camera, he or she has set the tone behind it. What is the on-set atmosphere? Do actors feel like they’re part of the process? True collaborators? Or are they treated like talking furniture? 2018 Best Director nominee Christopher Nolan (Dunkirk) discussed this director/actor relationship in an interview at the American Film Institute:

“What you find with great actors… is they are human lie detectors and they are students of human behavior and you cannot lie to them. They will see through it absolutely immediately. So you have to be completely honest with these people and you have to include them in your creative process. I find intelligent actors are often very defensive because they’re often treated like idiots.”

So, how does this genuine invitation to true collaboration begin?

By definition, your role as a leader (director) is different than the roles of those you lead, BUT it’s not without some overlap – if you look closely enough. It begins simply by exploring their unique goals and challenges. 2018 Best Director nominee Greta Gerwig (Lady Bird) spoke to this very process of identifying with those you lead:

“I think everybody has to find their own way of working with actors. I would say number one, it’s never a bad thing to spend time acting yourself and spending time whether it’s a scene class or in a theater. I think that’s really helpful, because it gives you a sense of the challenges they face when they’re acting.”

In a word, it requires some empathy.

So then, what? We just have some kind of feel-good love fest and then magic happens? Not exactly. These two steps may involve soft skills, but they lay the necessary foundation for the third…

In January 1999, eighteen years before the release of his Phantom Thread, 2018 Best Director nominee Paul Thomas Anderson stood before the cast and crew of Magnolia on the first day of shooting and delivered a low-key, but powerful address documented in the behind-the-scenes DVD extras:

“So, uh… this is the first shot of this movie that I think we should all unashamedly try and make a great movie. And don’t apologize. Let’s just make a really, really, really fantastic movie, ‘cause there’s no shame in that. Okay?”

The casualness of this seemingly impromptu preamble belies its real power; ‘we are going to create something of value. I am inviting you to step up, deliver your best, and be part of that win.’ IF the groundwork outlined above has already been carefully laid, that invitation should be met with an enthusiastic ‘yes.’

So, are your ‘actors’ showing up? Do you merely have to direct their ever-present energy, creativity, and engagement or do you have to inveigle their participation? If the latter, have you done the work necessary to properly set the stage?

To be fair, recasting of any kind is hard.

So, too, is having to find a new director.

Click here for our monthly HeyPorter.com email.  There’s a free gift in it for you.