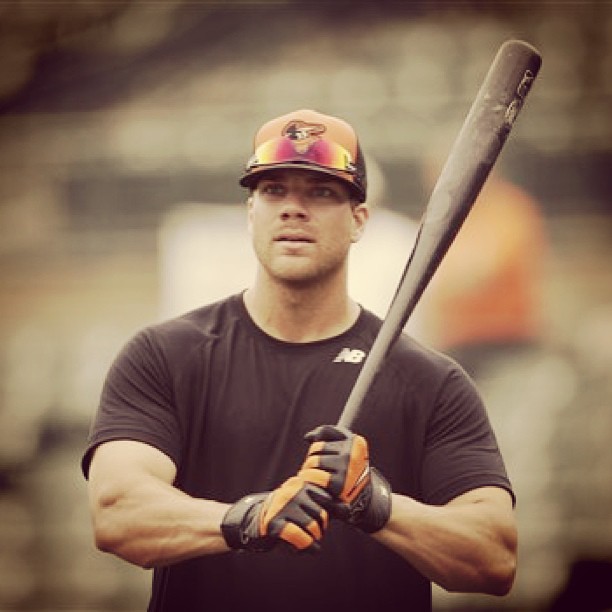 Great in-depth article in Sports Illustrated recently about Baltimore Orioles’ first baseman Chris Davis.  Short version: For several years, Davis proved himself as a solid player, but was severely handicapped by a less-than-stellar batting average – though not for lack of trying.  He tirelessly studied his own swing for hours and patiently listened to and applied the suggestions he received from coaches, instructors, teammates, etc.  And yet, all of it was for nothing and he found him demoted to the minors.  Twice.

After the first demotion in 2010 (he was playing for the Texas Rangers at the time), he decided in the off-season to play ball through the winter in the Dominican Republic to work on his swing.  What happened there changed the trajectory of his career:

“Davis played for Estrellas, a team based in San Pedro de Macoris, the hometown of Yankees second baseman Robinson Cano.  Davis and Cano – who has one of the most lovely swings in the game – happened to run into each other there.  “For you to handicap your power the way you’ve done it the past two years, that’s just wrong,” Cano told Davis.”

“Cano made Davis realize that he had been throttling his God-given power to satisfy all those people who wanted him to “just make contact” more often.  “What he said,” Davis says now, “was like a revelation in my life.”

Instead of conforming his swing to the prescribed ‘right way’, Davis started swinging his way, the way he used to when he played ball as a kid.  The result?  Davis hit 86 home runs that winter.  Subsequently, he was traded to the Orioles where, this season, he led the major leagues with 45 home runs in Baltimore’s first 123 games and to date has racked up 59 in total.

The takeaways here are myriad, though one important thing should first be noted:  despite Davis’ non-traditional swinging style, he doesn’t fit the profile of a rebel or iconoclast.

– He sought out, listened to, and applied the advice of others.

– He put in the time and paid his dues.

– While others, with good intentions, consistently gave what has to be deemed as bad advice – or at the very least, rote solutions – it would seem Davis took it all in with a respectful and humble attitude.

And when all of that didn’t work, he trusted his gut and did what worked best for him — not in a Frank Sinatra ‘My Way’’ way, but a bold and entrepreneurial way.

Are you trying to conform to someone else’s standard and yet, time and time again, keep coming up short?

Is there a solution you feel in your gut would work, but it diverges from the commonly accepted wisdom of your peers?

Maybe you should find your swing.