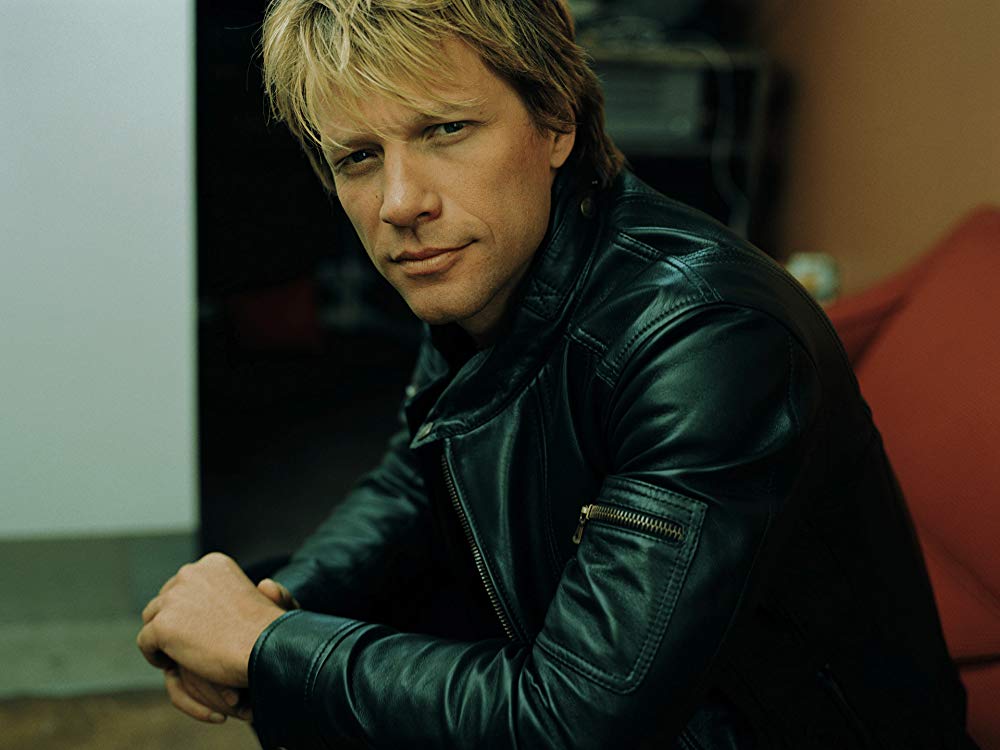 They’ve seen a million faces and they’ve rocked them all.

But can you imagine a Bon Jovi show with no performance of “Livin’ on a Prayer”?

What if that signature song had been written and recorded, but never made it onto an album?

When Bon Jovi Was Livin’ On A Prayer

Flashback to 1986… Bon Jovi had formed three years earlier and recorded two albums, yet real breakthrough success continued to elude them.  After recording songs for six months in Vancouver for their third album, it came time to choose which tracks would make the cut.  Among the songs possibly on the chopping block? “Livin’ on a Prayer”, an arena rock anthem the band co-wrote with songwriter Desmond Child.  While Child and guitarist Richie Sambora wanted to include the song, lead singer Jon Bon Jovi wasn’t yet sold.

So, to help make the final call, the band turned to the experts…

Today at 80 Main Street in Bon Jovi’s hometown of Sayreville, NJ, you’ll find Angelo’s Pizza Restaurant, sandwiched between the E-Z Check Food Store and More’s Jewelry in a tiny strip mall.  But back in 1986, it was known as Enzo’s, a popular pizzeria just up the road from a small recording studio Jon Bon Jovi used at that time.

At Enzo’s, the band held an event, playing all the songs in contention to go on the new album for a crowd of mostly high school fans.

In a 2006 interview with Classic Rock Magazine, Jon Bon Jovi recounted the event…

“After we wrote all the songs for the album, we put them on a cassette and went down to the local pizza place, hung out with the kids, and got their opinions. The reaction was phenomenal. Honestly, the fans were excited by what we were doing – and these are the people who will finally judge, by either buying the album, or not.”

And no surprise, the kids lost their minds over the story of Tommy and Gina who were livin’ on a prayer.  The track was included, became the band’s signature song, and the resulting album – Slippery When Wet – proved to be the group’s all-time highest selling album.

Okay, that’s great for Bon Jovi, but what about iconoclast innovators like Henry Ford and Steve Jobs, leaders who just knew ‘instinctively’ what products to bring to market?  Ford is famously (though probably apocryphally) quoted as saying “If I had asked people what they wanted, they would have said faster horses.”  And Jobs once opined, “It’s really hard to design products by focus groups. A lot of times, people don’t know what they want until you show it to them.”

On one level, these statements are true; people in the early 1900s were not clamoring for a product they’d never seen before called a “Model T.”  And no, we as consumers didn’t demand that Apple create a device known as an “iPod.”  But these statements are only true on the most surface and legend-building level.

The Truth About Henry Ford and Steve Jobs

In reality, by 1908, automobiles had been around for more than 25 years.  And here, in the dawning of the 20th century, the market was ready for a reliable, easily maintained car financially accessible to American’s growing middle class.

And in late 2001, in the dawning of the 21st century, consumers had developed an appetite for both digital music and a cleaner, more intuitive user experience.

Not listening to customers?  Hardly.  The truth is, Ford and Jobs simply answered questions that consumers didn’t yet know how to ask; the truth is, both leaders employed a different kind of listening.

The Game-Changing Power of Listening

You can call them your fans, your customers, or your constituency.  At the end of the day, they’re the people who put up their money for your product or service.  On that day in 1986 in Sayreville, the fans were listening to Bon Jovi.  The game-changer was this: Bon Jovi was also listening to them.

P.S. The aforementioned Desmond Child has had a fascinating and diverse career, writing and collaborating with everyone from Bon Jovi, Aerosmith, and KISS to Ricky Martin, Bonnie Tyler, and Cher.  Check out a mini-documentary on the man and his work here.